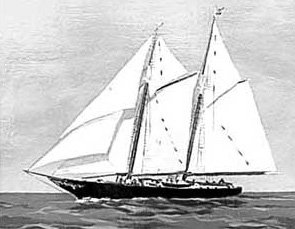 The Captain Daniel Packer Inne was erected at its present site on the Mystic River over 250 years ago. Former square-rigger Captain Daniel Packer purchased the land bordering Water Street in 1754 and completed construction of the building in 1756. From that time to the late 1970’s the property remained in the hands of the Packer family and their descendants, The Keelers.

In the late 1700’s the Inne was a welcome landmark for weary travelers between New York and Boston who stop for the night to rest and would partake of the hearty bill of fare. While they dined Captain Packer would entertain his guest with thrilling tales of his adventures on the high seas. Early the next morning he would transport them – horses, stagecoaches and all – across the Mystic River on his rope ferry. On the opposite shore he bade his guests a fond farewell and safe journey, then welcomed aboard another group of travelers.

Restoration of this historic landmark was undertaken in 1979 by proprietors Richard and Lulu Kiley. During the restoration, which took four years, preservation of the original fireplaces, mantles, beams and other structural details was achieved through methods of construction dating back to the 1700’s.

Today we invite travelers from near and far to step back in time with us and experience the fine fare and hospitality guests at the Daniel Packer Inne experienced over 200 years ago.